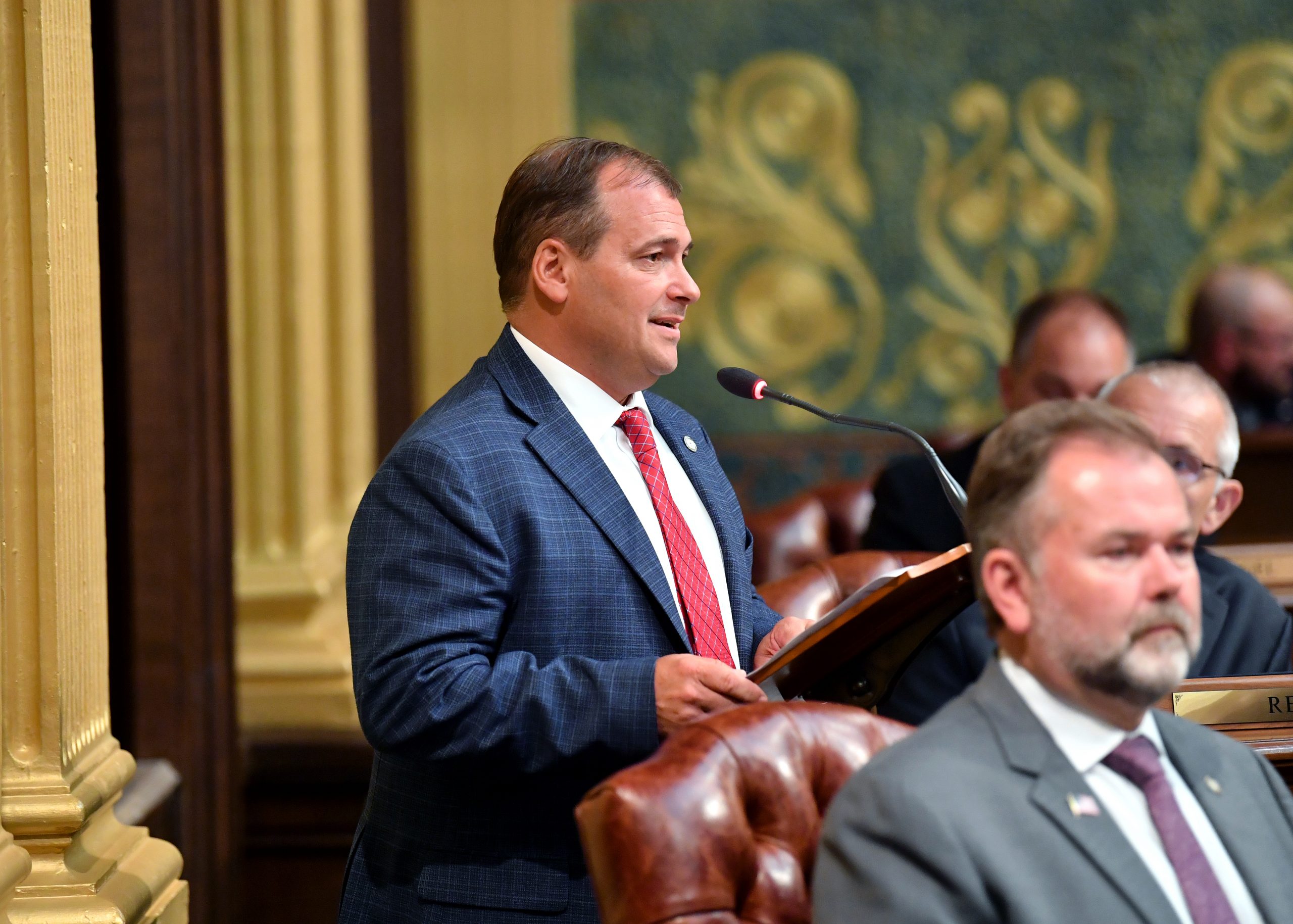 “Kristopher Gould was an American hero,” said Beson, of Bangor Township. “He served our nation — and he held nothing back. It has been a privilege to get to know the Gould family, and the stories they told me are moving. With the Senate’s approval, the memorial bridge to honor Sgt. Gould is almost a reality.”

Gould served in the Michigan Army National Guard from 2003 until 2007, when he enlisted in the U.S. Army. He was deployed once with the guard to Iraq and twice with the Army to Afghanistan. On February 27, 2011, Gould was killed by an improvised explosive device while serving in Afghanistan’s Ghazni province.

Gould’s parents, Ann and Jim, joined Beson to testify before the House Committee on Transportation in May.

The Senate approved HB 4700 with overwhelming bipartisan support, and it now proceeds to Gov. Gretchen Whitmer for her consideration.

State Rep. Timmy Beson of Bangor Township, left, stands with members of the John Glenn High School Student Senate in the Michigan House of Representatives chamber at the state Capitol on Tuesday, Jan. 18.

After the U.S. Supreme Court on Thursday stayed the federal Occupational Safety and Health Administration’s mandate that workers at large employers be vaccinated or regularly tested for COVID-19, state Rep. Timmy Beson, of Bangor Township, today issued the following statement: