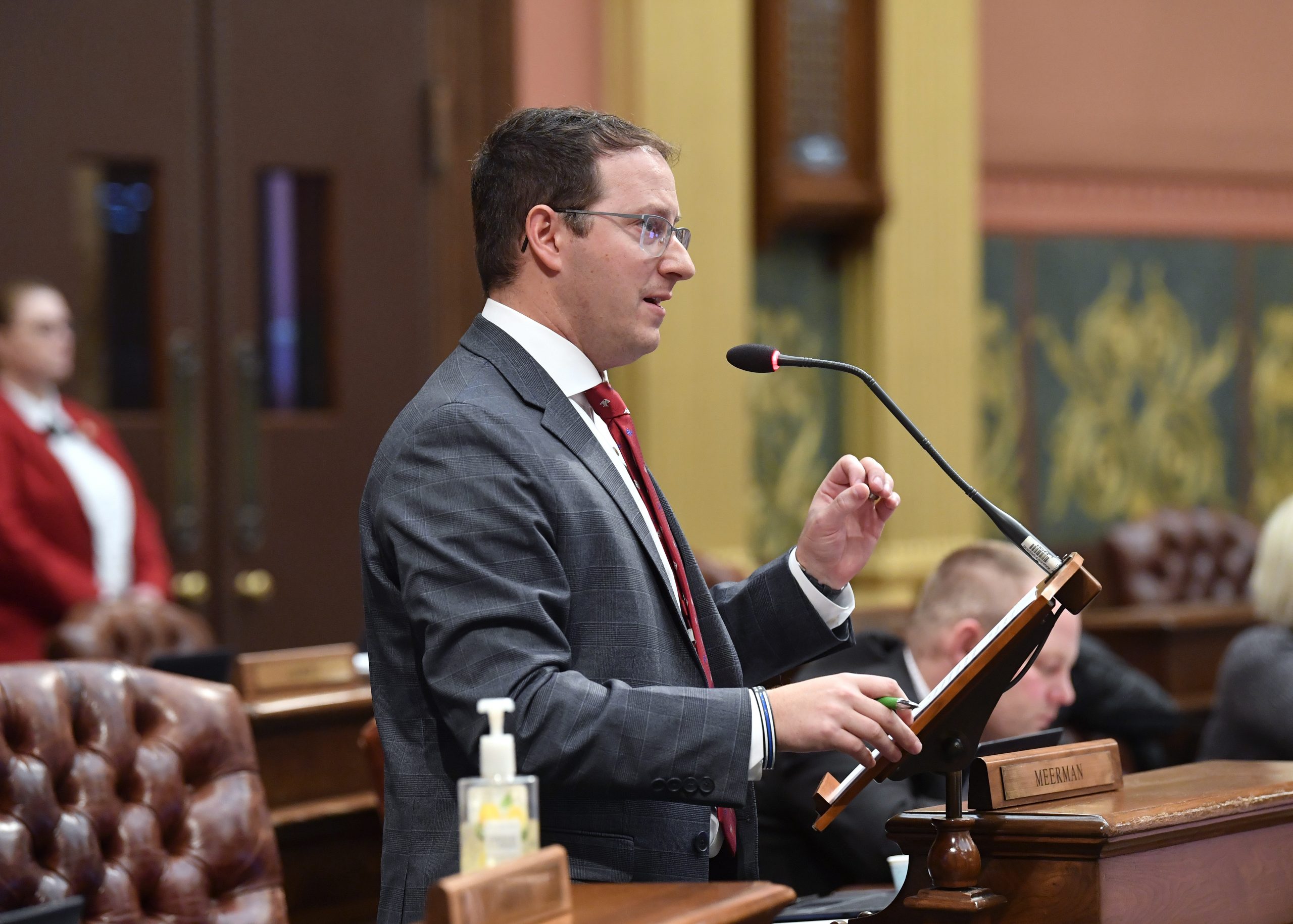 State Rep. Graham Filler and the Michigan House today approved a plan to suspend the state’s tax on gasoline and diesel fuels to provide immediate financial relief to Michigan drivers.

Filler, of DeWitt, said Michigan’s gas and diesel taxes are among the highest in the nation at 27 cents per gallon. The plan approved today removes the tax for the next six months.

“With gas prices up above $4 a gallon and climbing, families in our community are in a tough spot,” Filler said. “Suspending the state gas tax will get people the financial relief they need quickly.”

“I’m not one for sitting back and waiting for the federal government to do something, especially when we can take action at the state level,” Filler said. “This is a real solution that will lower the price Michigan drivers pay at the pump. Let’s get it done.”

Under the plan approved today, Michigan drivers stand to save approximately $750 million between April 1 and Sept. 30, which is more than they would save from a pause in the smaller federal fuel tax. Giving drivers a break from both fuel taxes would amount to 45-cents per gallon savings.

House Bill 5570 now advances to the Senate, where a vote is planned next week to send the measure to the governor’s desk.

A plan sponsored by Rep. Graham Filler to help facilitate the exportation of dairy products and other agricultural goods produced in Michigan has been signed into law.

“There is no ‘fundamental right’ to abortion – it was not a right envisioned by our founding fathers, and it’s not part of the Constitution or our nation’s history or moral compass. Roe v. Wade was an aberration of a legal decision that conjured up a fundamental right to abortion without any basis. It was bad law that set the precedent surrounding abortion for far too long. This Supreme Court righted that wrong and returned authority over abortion back to the states.