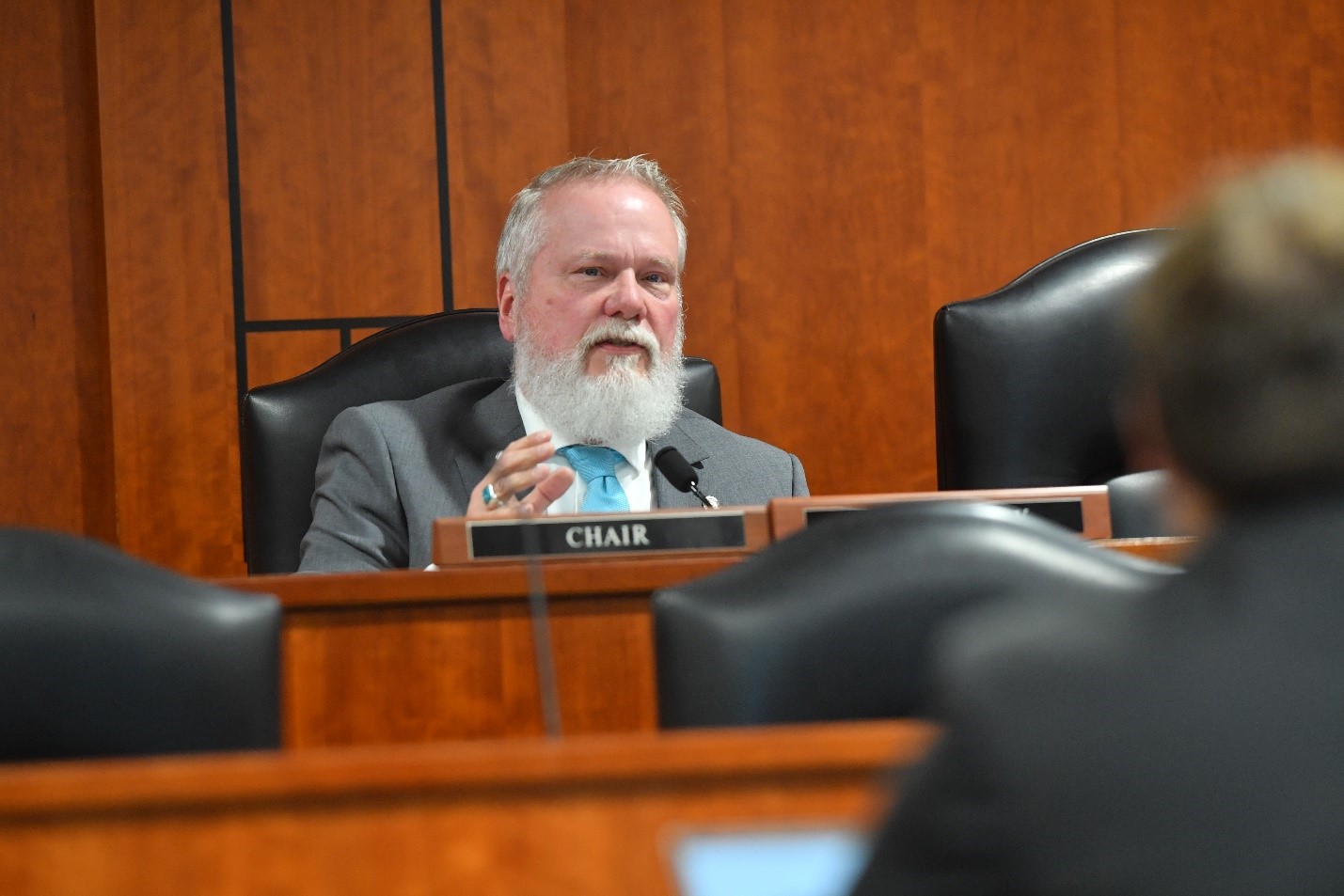 State Rep. Jack O’Malley, of Lake Ann, joined legislators in the House this week in adopting a resolution protecting the privacy of people across northern Michigan.

House Resolution 174 opposes a Biden administration proposal that would allow the Internal Revenue Service to monitor bank accounts of private citizens. Financial institutions would have been forced to turn over information for all accounts containing $600 or more and any account with transactions of $600 or more per year.

For these accounts, financial institutions would be required to inform the IRS of the total inflows and outflows during the year, denoting totals for cash, foreign account transactions, and transfers between accounts held by the same owner.

“It is vitally important to take a stand against this federal government overreach and breach of privacy into the lives of Michigan residents,” said O’Malley, who serves on the House Financial Services Committee. “This was yet another attempt by the Biden administration to dig into the pockets of hard-working people to pay for out-of-control spending – and it gives them control of sensitive information in the process.”

The U.S. Treasury altered the proposal this week amid public outcry, raising the minimum transaction or account total from $600 to $10,000. O’Malley said the plan is still dangerous even at that level, as financial institutions throughout the country are already subject to many burdensome regulations that increase costs, damage customer relations and hurt local businesses.

“This plan from the Biden administration would only exacerbate those issues,” O’Malley said.

Copies of the House resolution opposing the proposal will be sent to congressional leaders and members of Michigan’s congressional delegation.

Rep. O’Malley, the Chair of the House Transportation Committee, looks ahead to Wednesday’s virtual State of the State Address, saying he hopes the Governor will focus on improving local roads, and convey an authentic interest in rural development and finding common ground.

House Oversight Committee member Rep. O’Malley talks about Thursday’s meeting with officials from the Auditor General’s Office and Department of Health and Human Services Director Elizabeth Hertel on pandemic nursing home deaths in Michigan. Rep. O’Malley says he comes away with the impression that the state did not do all it could to get complete […]

Legislator: Administration must own mistakes, not operate in PR mode House Oversight Committee member Jack O’Malley today expressed his sincere frustration after a joint hearing between the House and Senate oversight panels examined undercounted COVD-19 long-term care facility deaths by Gov. Gretchen Whitmer and her administration. The committees spoke with state Department of Health and […]

House Oversight Committee member Rep. Jack O’Malley looks ahead to Thursday’s committee meeting, which will examine the Michigan Auditor General’s report into nursing home deaths during the COVID pandemic and whether the state undercounted the number of deaths.